The answer Google (and certified partners such as Hub’Sales) gave early adopters has always been “SOON”. Clearly that was not enough to sate the data appetites of our beloved analytics nerds.

I personally don’t see Google releasing DoubleClick integration any time soon. I was hoping they would release it at the same time as the San Francisco eMetrics summit in March, like they usually do. Then I figure they’d wait until September, when the Google Analytics Certified Partners conference usually happens – they make big announcements then. 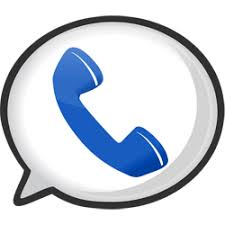 If you use Google Voice to place telemarketing calls, its API will automatically export call data into Google Analytics, which you can then use as a remarketing list for classic GA. You can also export the list of phone numbers and resell them to telemarketing firms, using the standard export format. Qualified telemarketing lists will sell for more (or less) depending on how well qualified the leads are.

Don’t believe me? Maybe you shouldn’t. At any rate, tomorrow (April 2nd) stay tuned to the Google Analytics official blog for an announcement I’m sure you’ll appreciate 😉

This site uses Akismet to reduce spam. Learn how your comment data is processed.